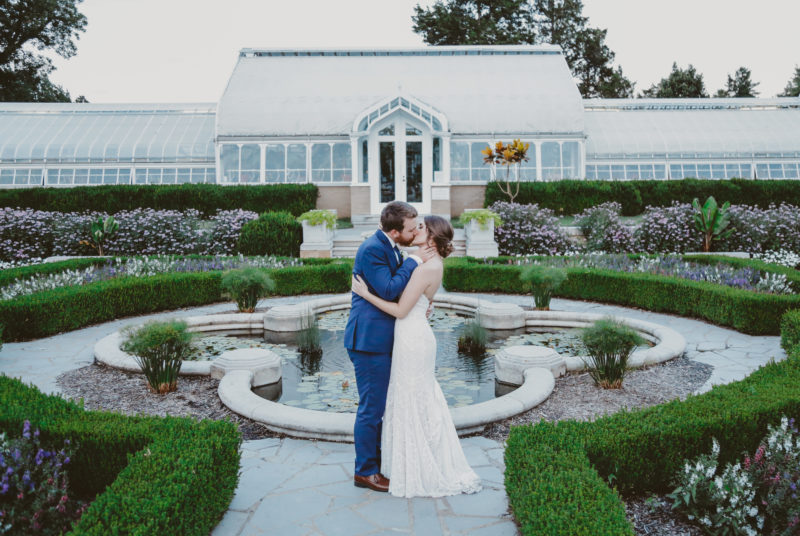 What music do a musician and an astrophysicist choose to play at their wedding? Film Scores!

Today is our one year anniversary, and I thought I would make a special post listing all of the music we chose to play at our wedding. As you can imagine, I was incredibly picky on “the biggies,” but I also did a ton of research and found a DJ I knew would do a great job handling the rest of the program.

I can only imagine what a headache I was for him, but he told me I did earn the distinct privilege of being one of the “most thorough” brides he’d ever had. Hopefully that wasn’t code for “pain in the butt,” but obviously music is important to me! I micromanaged all the songs to play during the ceremony, from guests entering to the recessional, then I only picked songs like our first dance and the cake cutting and all that for the reception (besides the 7 songs I insisted were played during dinner…maybe I really was a nightmare bride…).

Here’s the general layout we decided on:

Josiah and I love each of these categories in their own special way, so I’ll try to break down how we made our decisions for each portion of the day. Keep in mind, this took a very, very long time for us to narrow down and make our final picks to get to this point! 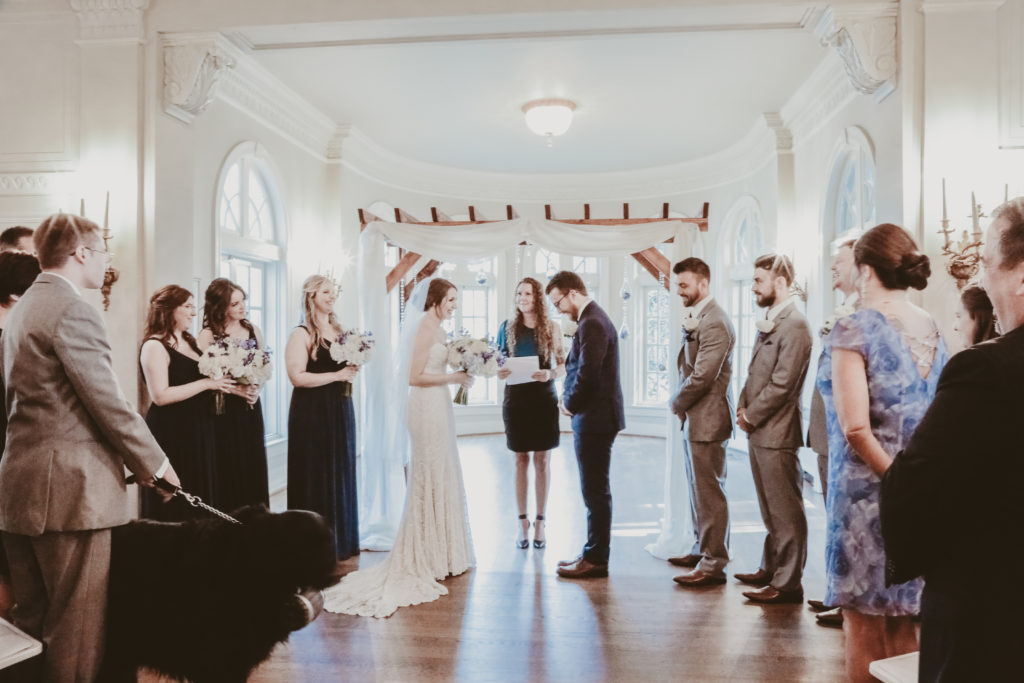 I knew I wanted film scores played for guests entering. It took me the longest time to settle on what the bridal party would enter to, and specifically what I would walk down the aisle to. I was worried my initial idea would be too dramatic or cheesy or something, but ultimately I decided to do it anyway!

Our criteria for narrowing down which tracks to play included Josiah and I separately listing out our favorite movies and movies that were special to us as a couple. I then went through and found tracks from each score that I thought would have a suitable vibe for what we were going for. From there, we tried to order them in a cohesive way and we cut songs that didn’t really fit (and then had to add more back in when our DJ told us we needed more music…). This is the final list! 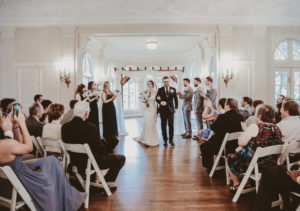 It was so hard to narrow down even to this list; a lot of films we both love didn’t make the cut because I wanted no words in anything or the vibe of the score just didn’t feel appropriate for a wedding. And YES, I walked down the aisle to what I consider to be the most perfect theme ever written in film music history. And I felt like a princess and there were tears and I regret nothing.

I could give anecdotes for each one of these tracks and why they made the cut, but then it’ll take hours to read this post, so you can always leave a comment or send me a message if you want to know more! I’ll move on for now to the rest of the wedding, coming first to the cocktail hour and dinner portion. 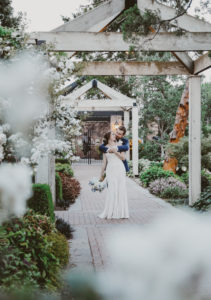 Josiah and I both also really love music from the Rat Pack era: songs sung by Frank Sinatra, Ella Fitzgerald, Dean Martin, Bobby Darin, Sammy Davis Jr., Louis Armstrong, Bing Crosby, Nat King Cole, Billie Holiday…I could go on and on, but you get the picture!

It was really hard for us to let go and trust our DJ to pick awesome songs for this portion of our wedding (which is ridiculous, he plays this music all the time, but I was deep into planning mode and was in charge of everything else). His concession was that after we picked the bridal party entrance song for dinner and our cake cutting song, he would allow us to tell him 7 of our favorites that he would play so we could enjoy them.

“Life’s Incredible Again” was such a perfect segue into this style of music from the film scores, and we really didn’t want to interrupt the flow of it all, so the wedding party entered dinner to:

In the Mood, by Glenn Miller

This song also has some meaning for us from all the way back in high school, so we were thrilled that we could include it in a seamless way! During dinner, our 7 song choices were:

We had the cake cutting after dinner and before dancing, so for that song, we chose:

We gave people a little bit of time to enjoy dessert and more drinks while our DJ moved to our dance floor downstairs to get set up, then we got the party going!

We started this portion of the evening with our first dance, a song from Josiah’s longtime favorite band and the closest thing we have to “a song”: 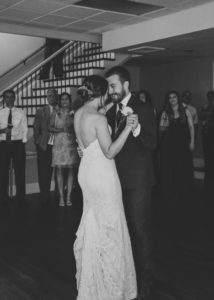 In a less traditional manner, we went straight into Josiah’s dance with his mom instead of mine with my dad, which I’ll explain shortly. Josiah knew he couldn’t use his top pick for their dance (it’s complicated), but he wanted something that would still be meaningful for the both of them. He has a ton of memories of his mom listening to Christina Aguilera growing up, so he ultimately settled on:

I Turn To You, by Christina Aguilera

My dad and I have always loved listening to ABBA together, so I knew I had to pick one of their songs for our dance. However, all of our favorites weren’t exactly “Father/Daughter Dance” material, so we did this dance after Josiah and Jeanne so we could go straight into “Dancing Queen” to kick off the dance party for all of our guests! However, for our sweet and sentimental dance, I eventually chose:

Slipping Through My Fingers, by ABBA

Our DJ let us make requests for songs we definitely wanted played for dancing, which again was really difficult for me because I am a HUGE 80s music fan! We tried to get a good mix of each decade in there with a bunch of crowd pleasers, and I think we did a pretty good job. Our DJ really was awesome and got a great dance party going, and it was such a blast to see all of our family and friends dancing together and having a good time. 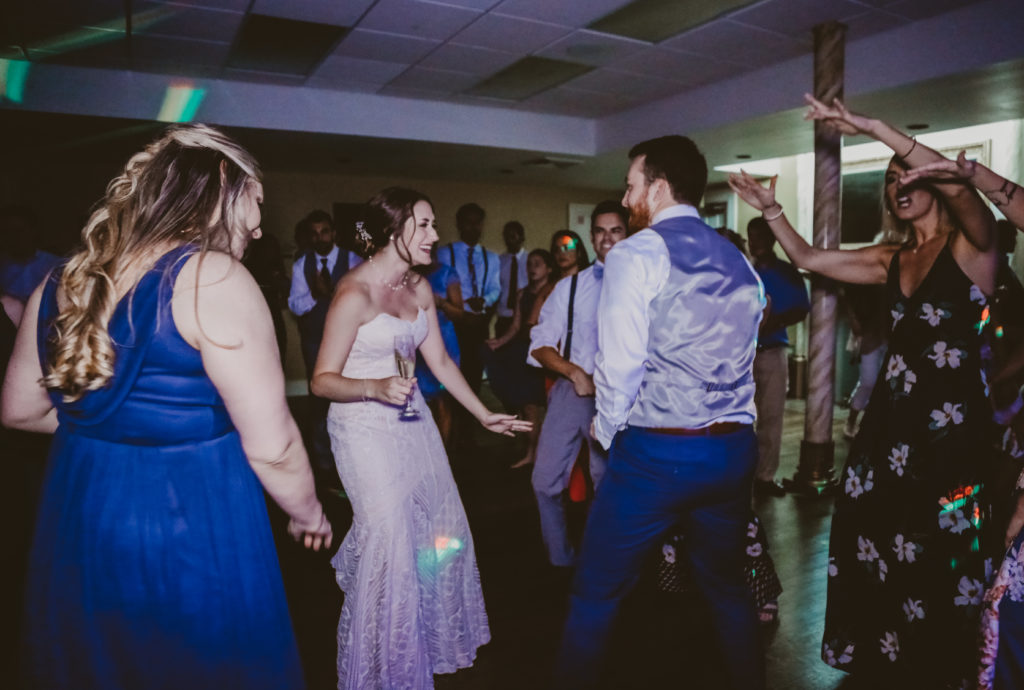 To end the night, I insisted on one of my favorite songs of all time for the final dance:

It’s been a lot of fun to go back and relive that day by listening to all this great music again! If – while reading this – you found yourself thinking, “Wow, that’s some dope music, I would love to listen to all of that,” then you’re in luck!! I have a playlist each for the ceremony music choices and a playlist for all of the reception music choices on Spotify. Follow the links for a good time, and try to imagine the best day Josiah and I could have possibly hoped for! 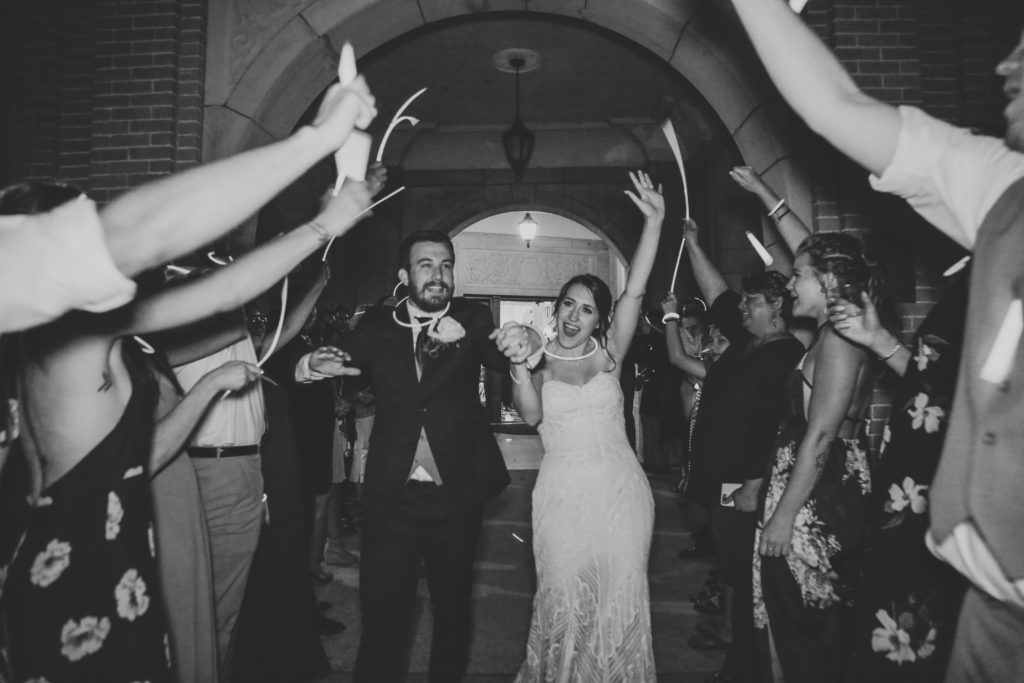 I’m a film composer who watches a LOT of movies and television, and I want to share my thoughts on what I watch with the world!

Want to share your thoughts or suggest a film?