This film has been near and dear to my heart for a long time. Beautiful production design, fantastical story elements, inspired acting, and melodic music. The film balances magical elements with the brutality of reality in stunning fashion, yet I find every moment convincing and emotionally moving. One quick note: I have not read or seen the play that the film was based on – The Man Who Was Peter Pan by Allan Knee – so I will not be able to address any liberties the director (Marc Forster) or the screenwriter (David Magee) may have taken with the original material.

The opening sequence is one of my favorites in the entire film. The audience sees Scottish playwright Sir James Matthew Barrie (Johnny Depp) nervously awaiting the opening curtain of his newest play in a London playhouse. There’s a whirlwind of action as the camera jumps between actors preparing, the stage being set, the orchestra beginning, the audience finding their seats, and Barrie’s wife, Mary Ansell Barrie (Radha Mitchell), searching for her husband. Each time we return to James, we are suddenly drawn into a moment of calm, even though the nervous tension he feels is palpable. The almost frantic buildup culminates in the drawing back of the curtain, to a lukewarm (at best) reception of the opening moments of the play. Afterwards when theater patrons are mingling and preparing to leave, Forster allows the audience to hear brief snippets of conversations talking about what a disaster the whole thing was.

Following this defeat, James visits a London park to write and gather new ideas. Instead, he meets widow Sylvia Llewelyn Davies (Kate Winslet) along with her four boys: George (Nick Roud), Jack (Joe Prospero), Peter (Freddie Highmore), and Michael (Luke Spill). A friendship grows between James and the Davies family, while his marriage to Mary is simultaneously crumbling. Whispers in social circles of ill-intentions and perverted happenings between James and the Davies causes all of them to suffer differing levels of humiliation. And while this is painfully apparent to Mary, as well as Sylvia’s mother Mrs. Emma du Maurier (Julie Christie), James and the Davies continue their games and playful imaginings in relatively ignorant bliss for a while.

However, reality rears its ugly head when Sylvia becomes very sick during some time away at the Barrie’s country cottage. Nothing is quite the same after this incident, and the gloom of mortality and adult struggles hangs over a significant amount of the rest of the film. Mrs. du Maurier becomes exceedingly restrictive over her daughter’s family, eventually moving in to care for Sylvia and discouraging James from continuing his association with them. Mary suspects James of cheating, and is caught in a compromising situation herself, leading to an ultimatum that James only works on his play and their marriage – no more games.

But, the Davies boys have been the inspiration for his newest play, and their lives now seem permanently linked. Through their imagined games of pirates and Indians and trained bears, he has crafted a play full of childhood magic and wonder, where each Davies boy has a role. The stoic Peter Davies has had the greatest effect on him, reminding James of having to grow up too fast himself when his brother died. The actors seem skeptical of the play, but put out a noble effort regardless of how they were cast. James’s producer Charles Frohman (Dustin Hoffman) has undisguised misgivings about the play’s content, but allows James to stretch his creativity nonetheless. When it’s time for the play to open, James scatters 25 orphans throughout the audience to help the old and rich staple patrons of the theater to see the story through the innocent and imaginative gaze of a child.

The play is an enormous success, but Sylvia is unable to attend the premiere due to her worsening illness. The end of the film is incredibly touching, with a staging of the play in the Davies home for Sylvia to see, and at the end she disappears into Neverland. There’s a brief epilogue afterwards featuring Sylvia’s funeral, as well as Mrs. du Maurier’s acceptance of James’s permanent role in their family. And finally, we get a touching moment between James and Peter, where the boy is finally able to become a boy again, to be vulnerable and mourn the loss of both his parents.

Seriously, if you haven’t seen the film, you really, really should. I’m teary-eyed just from trying to provide a synopsis!

Now, one critical thought I have after re-watching the film is that Mary’s role is definitely underdeveloped. I think Radha Mitchell does a great job, but the way her character is written and represented makes it so hard to sympathize with her. The film basically opens in the middle of their marriage troubles, which seems to be an excuse to gloss over her character in favor of featuring other relationships like the one between James and Peter or the one between James and Sylvia. I suppose I understand this choice when it comes to prioritizing plot content, but it completely lessens the impact of Mary finally leaving James. It’s impossible to see why they’re married in the first place because we’re only presented with this one-sided character instead of someone who has evolved over time. 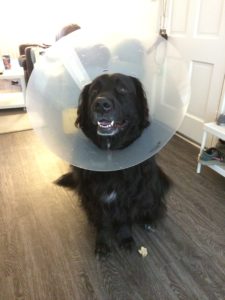 J.M. Barrie dancing with his dog who magically transforms into a bear is suddenly so much more relatable and easier to visualize now that I have a dog that large of my own. I didn’t think I’d be talking about Smudge again in another post so soon, but here we are!

The score by Jan A.P. Kaczmarek is elegant yet innocent, well crafted yet relatable, and magical yet pleasantly restrained. It would be so easy to go way too over-the-top with this score, especially in certain scenes, but Kaczmarek keeps a set of parameters in mind at all times. He’s writing in an orchestral context, and he’s keeping a set of themes in play from beginning to end that carries the viewer through the arc of the story. It’s a simple concept, but it’s beautifully executed and wonderfully crafted. This is a score that I never get tired of listening to, and the primary theme that we so often hear in the strings stays with me long after I’ve finished watching the film.

My top 3 musical impressions are:

My top 3 film impressions are:

After the premiere of Peter Pan, Peter Davies is presented as the inspiration for Peter in the play, but he insists that the real Peter Pan is J.M. Barrie himself. I say they both are Peter Pan because Peter is who James was as a boy. And James wants to protect Peter and nurture him in a way that he was not. Which makes the final moments of the film gratifying on another level; Peter is able to be vulnerable and emotional, but James has also succeeded in protecting Peter’s childhood and preventing him from becoming solemn and grown-up like after his father’s death.

This film is beautiful, emotional, full of meaning, and so well executed. I absolutely recommend trying to see it if you haven’t, or watching it again if you have!

I’m a film composer who watches a LOT of movies and television, and I want to share my thoughts on what I watch with the world!

Want to share your thoughts or suggest a film?